Share a memory
Obituary & Services
Tribute Wall
Read more about the life story of Harold "Hal" and share your memory.

LTC. Harold E. Fuqua Sr. (Hal) of Greenbrier Tennessee went home to be with the Lord on Sunday November 20, 2022, at Alive Hospice, Nashville Tennessee. He was 95 and was surrounded by loved ones who will continue to honor his legacy and his love of the Lord, his family, and his country.

Hal was a graduate of Springfield High School and Western Kentucky University where he graduated as a History Major. Following high school graduation, he joined the Merchant Marines and was stationed in New York City. He made two Atlantic Crossings at the end of WWII. He loved the military experience and used the GI Bill to attend WKU. He was a member of JRROTC and received a commission following graduation. He served in the U.S. Army for 30 years retiring as a Lt. Colonel. He served in the Korean War and received a Purple Heart and Bronze Star for his actions as a young 2nd Lt. He was a paratrooper of the 82nd Airborne and completed over 600 drops from aircraft, helicopters, and balloons.

Hal completed two tours in Vietnam as an advisor in 1963 to the South Vietnamese Army and in 1970 as part of the command staff stationed at Long Bien. Additionally, he did two tours (6 years) in West Germany as a company commander and later a battalion commander. He loved serving his country.

He retired from the Army and worked for the TN Emergency Management Agency (TEMA) for 12 years writing evacuation plans for nuclear sites and responding to floods and other natural disasters. He then retired to Greenbrier TN to live on the family farm. He loved to bowl and play golf in his early years and even considered turning pro as a bowler. In his later years he could be found with his loving wife Peggy at the local Waffle House where he had the same order daily for years. We will miss our Papa.

Graveside services will be conducted Friday December 2nd at 2:00 p.m. at the Middle Tennessee State Veteran’s Cemetery on McCrory Lane in Nashville. There will be no visitation prior to the graveside service.

Robertson County Funeral Home in charge of these arrangements.

To send flowers to the family or plant a tree in memory of Harold "Hal" Edward Fuqua, Sr., please visit our floral store. 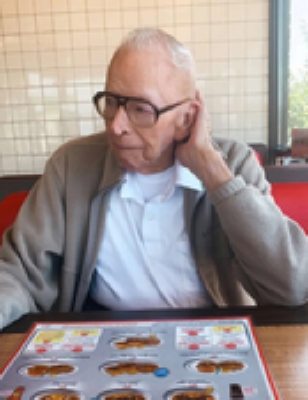